So I disappear from the blog for over a year and then just start posting again with no explanation? How dare I?

To be fair I actually started blogging again last year, but I’ve been doing it over at KennyRoy.com because, well, people actually read that blog. So general animation stuff goes there, and things that relate to me, but are also probably somewhat animation related will go here – but probably not as often as at the other site so go subscribe to that blog for more regular doses of animation goodness.

There’s a lot of stuff I’ve wanted to post, but now it’s sort of old news, so here’s one giant brain dump about everything that’s new in my life since I posted my 2010 demo reel last June.

So, after my last computer went down in a blaze of glory while I was in the middle of crafting my 2010 demo reel, I finally got to upgrade. This was my first time building a machine completely from scratch. 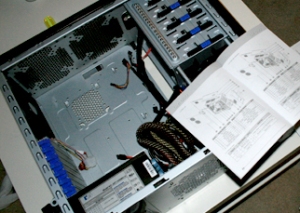 I had so much fun working at Airtight and I’m going to miss some really great friends. Redmond is a great city too. There’s all kinds of stuff to do outdoors and a culture that really embraces both my wife’s “crunchy granola” tendencies and my tech/nerd tendencies. However, my wife and I decided it was time to return home to Ontario to be close to family. So we loaded up the car for the cross-country drive from Washington, up to British Columbia, and across Canada to Ontario. Olive didn’t have much room, but she was a trooper. 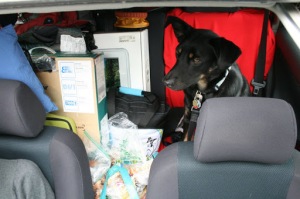 It was a bit scary to quit a perfectly good job without having a new one lined up first, especially these days, but we’d be back with family while I looked for work so we knew we’d be okay. After a few days of taking it slow we got impatient and pulled an all-nighter to arrive a day earlier than planned so we could finally relax and be at home again in the land of maple syrup. 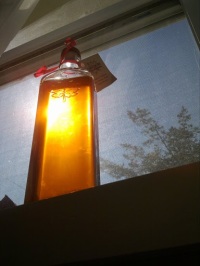 Thanks to my new Franken-puter I was able to finish my reel and after pimping it out all over the province I landed the job I really wanted at Digital Extremes.

Admittedly, I was a bit conflicted between working on animated features or television in Toronto, or working on games in London. In the end, DE made an offer first and after one whole year here I’m so glad they did. It turns out that DE has consistently been recognized as one of the top/best employers in Canada. I’m having a blast working on Star Trek and I’ve even started doing some mocap acting from time to time at our in-house capture volume. Below is a picture of my fellow animator, who’s done most of our mocap acting in the past, in our old studio. We’ve recently moved to a brand new, much fancier office, but our capture volume is still in transition. 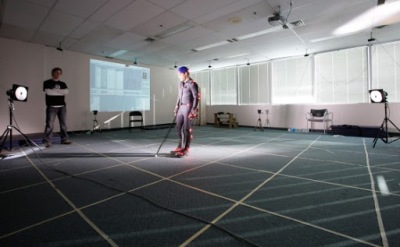 So I got the job and it was time to move again – at least this time the drive was a LOT shorter than it was from Washington. I miss Redmond, but London is called The Forest City for a reason (though after last winter I learned it could just as easily be called The Buried Under Snow City) and it’s growing on me. 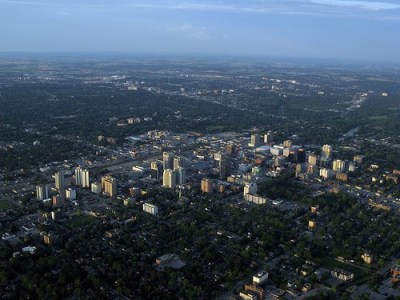 In truth, this city is one of the main reasons I wanted to work at DE. I’ve worked in Toronto before and the 2.5hr/day commute really takes it’s toll. True, it’s possible to live in the city, but I didn’t want to live in the concrete jungle. What we really wanted was a house we could call our own and a yard for the dog and a garden – which we couldn’t responsibly afford anywhere near Toronto.

The plan was to settle down and buy a house, but I had to live somewhere in the meantime so we found this great apartment within walking distance of work – which really helped when the snow was so bad the buses stopped running and we discovered the tire treads on our car were woefully inadequate – probably due as much to that cross-country drive as to the fact that they we hadn’t replaced them since we bought our used car. 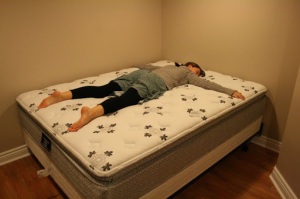 The biggest change of all came just after midnight on the morning of May 29th, our new son, Elias Douglas Victor “DUGTOR” Sormin! (My wife won’t actually let me call him that, though.) 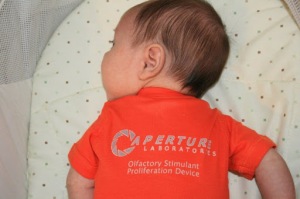 Like I said before, I’ve started contributing to the blog over at KennyRoy.com – though I’ve cut back a bit since Elias was born. Kenny’s got a fantastic thing going on over there. There’s video tutorials and monthly lectures and his info is always of the sort that you can immediately turn around and start using in your daily animation workflow. There’s some theory, sure, but above all else his tips are practical. Highly recommended. The blog and forums are free to anyone, but you can check out a preview of the paid content here or better yet, sign up for 30 days free and cancel any time with no obligation.

After months of searching we finally found a house that we could afford with a responsible mortgage, close enough to work, and with a yard that we can customize however we like. We compromised in that it’s only semi-detached, but it was less than half the price we would’ve paid if I had taken a job in Toronto. I don’t really have a picture of the house, but here’s a half-naked picture of me in the backyard taken on International Handstand Day. 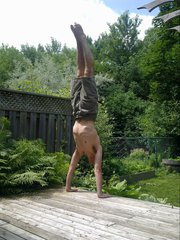 As you can see there’s plenty of lush greenery around and we love it that way. There’s no houses behind us, just a strip of forest with a private golf club on the other side so it’s nice and quiet.

I don’t know if we’ll ever find another CSA (Community Supported Agriculture) as good as Jubilee Biodynamic Farm, but we did manage to find a local CSA that’s doing an admirable job. 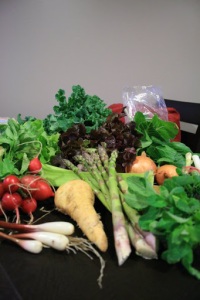 Basically, a CSA works like this: you invest in a local farm and in return you receive seasonal produce. Usually you pay a seasonal subscription fee, but some farms will allow you to invest the sweat of your brow instead. I can’t recommend it enough. Not only is it a great way to make sure you eat enough fresh food and try new things, it also promotes a more sustainable, responsible food production system. Farmer Eric explains it better:


Now, most CSAs are not biodynamic. Many are organic, but even more importantly they’re local and farming isn’t easy. I believe the only way to support and improve a more sustainable food system is to support the farmers that grow that food.